Jura J9 vs Jura Z9 Coffee Machine – Which is Better?

Seasoned coffee drinkers want more than their usual caffeinated beverages right in the comfort of their homes.

With so many super-automatic espresso machines rolling out of production floors like chocolate bars, choosing the correct coffee machine that can whip up marvelous coffee creations can be daunting.

This Swiss brand offers caffeine addicts the Impressa J9 and the Impressa Z9 to impress the most refined coffee palates. But, which of the two is better? Find out here. 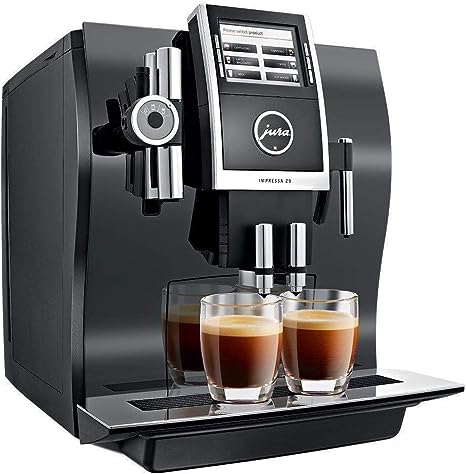 The Jura Impressa Z9 is perfect for the modern kitchen or office staff lounge with its elegant piano-black aesthetics. It features an advanced Aroma+ grinder technology that ensures more flavorful coffee grounds and a dual Thermoblock boiler technology for more efficient latte and latte-based drinks production.

CHECK PRICE ON AMAZON
You can support us by making purchases from our links. We may earn commissions from it, at no additional cost to you. 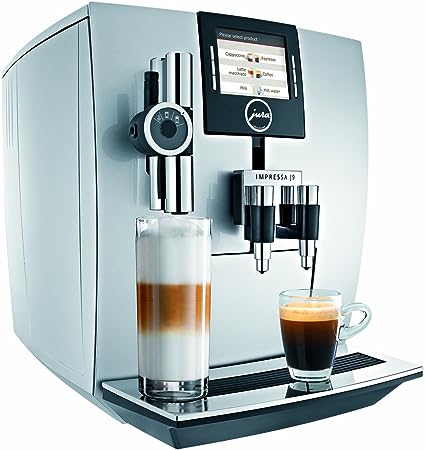 Jura Impressa J9 Coffee Machine
4.0
The Jura Impressa J9 offers enough versatility and reliable coffee-making performance to turn an ordinary person into a self-styled barista. The coffee machine has a built-in grinder, a Thermoblock boiler, telescoping spigots, and a brewing system that makes coffee-making seem like magic.
CHECK PRICE ON AMAZON
You can support us by making purchases from our links. We may earn commissions from it, at no additional cost to you.

At first glance, there is nothing substantially different between the Z9 and J9, except for their color scheme. The Impressa Z9 has a shiny piano-black exterior with gleaming silver accents, matching its colorful TFT touch screen display.

On the other hand, the Jura Impressa J9 has a silver body with a black bezel surrounding its blue-backlit digital display. From an aesthetics standpoint, most people will love the more elegant design of the Z9. While the J9 looks like it features stainless steel, its housing is plastic.

Both products have a boxy appearance, with the Z9 taller by 1.75 inches and wider by 2 inches than the J9. Moving the J9 around the kitchen is easier because it only weighs 24 pounds. The Z9 tips the scale at 35 pounds, still manageable for some people.

Moving beyond aesthetics, the Jura Z9 has an ace up its sleeve. This espresso machine has two Thermoblock boilers, allowing it to steam milk and brew coffee simultaneously. Sadly, one cannot expect to see such a performance from the J9’s single boiler system.

When it comes to brewing coffee, both appliances are pretty quick. Unfortunately, the J9’s single boiler cannot match the Z9’s speed in making milk-based caffeinated beverages. The system also delivers hotter coffee than what the J9 can offer.

As such, the Jura Impressa J9 is perfect for anyone who does not mind waiting a few minutes to get their latte or cappuccino. On the other hand, the Z9 is suitable for homes and offices that need to serve cup after cup of delicious, piping-hot caffeinated drinks.

Both the Jura Impressa J9 and Z9 feature an integrated conical burr grinder, allowing users to grind their coffee beans with the precision of a commercial-grade device. The grinder motor rotates at a blistering speed, making quick work of any coffee bean variety.

However, the Z9 has a clear advantage over the Impressa J9. This coffee machine features Aroma+ Technology in its grinding system. While fast, the Aroma+ is gentler to the coffee beans, ensuring the best possible flavor extraction once bathed in pressurized steam.

The system also ensures a quieter operation, leaving one’s partner snoring in the bedroom while the other is making a delicious cup in the middle of the night. The J9 operates quietly, too. However, one will still hear that characteristic grinding noise once activated.

There is no clear winner regarding brewing performance, except for the Jura Z9’s dual Thermoblock boiler design. As mentioned, this feature allows users to make lattes, cappuccinos, and macchiatos fast because the machine simultaneously brews coffee and steams milk.

Other than this, both the Jura J9 and the Z9 are on equal footing. Both appliances offer users the chance to use between 5 and 16 grams of coffee for their drinks. The 15-bar pressure pump also ensures optimum brewing temperature and coffee concentration.

Making espressos, lattes, latte macchiatos, cappuccinos, and ristrettos is easy with either machine. One can also customize her favorite drink and save it in the machine for future use.

Jura Impressa Z9 One Touch Coffee Machine
4.1
CHECK PRICE ON AMAZON
You can support us by making purchases from our links. We may earn commissions from it, at no additional cost to you.

The Jura Impressa J9 and Z9 offer variety and versatility for the most discriminating coffee taste buds. However, the Impressa Z9’s upgraded grinder technology and dual boiler setup give it a considerable advantage over the J9.

Jura Impressa J9 Coffee Machine
4.0
CHECK PRICE ON AMAZON
You can support us by making purchases from our links. We may earn commissions from it, at no additional cost to you.

Nevertheless, the Jura Impressa J9 remains an excellent choice for budget-conscious coffee drinkers without sacrificing the joys of making barista-quality coffee in the home. Breville Barista Touch Review 2023 – Worth It or Not?