How Much Caffeine Is In Cold Brew Coffee? (Vs. Iced Coffee)

It all comes down to caffeine content, so before making a choice, it is smart to know these two incredible drinks you are comparing.

The basic caffeine breakdown will identify if the cold brew has more caffeine content than your coffee with ice drink:

Source: See the full caffeine chart here from Center for Science in the Public Interest here. 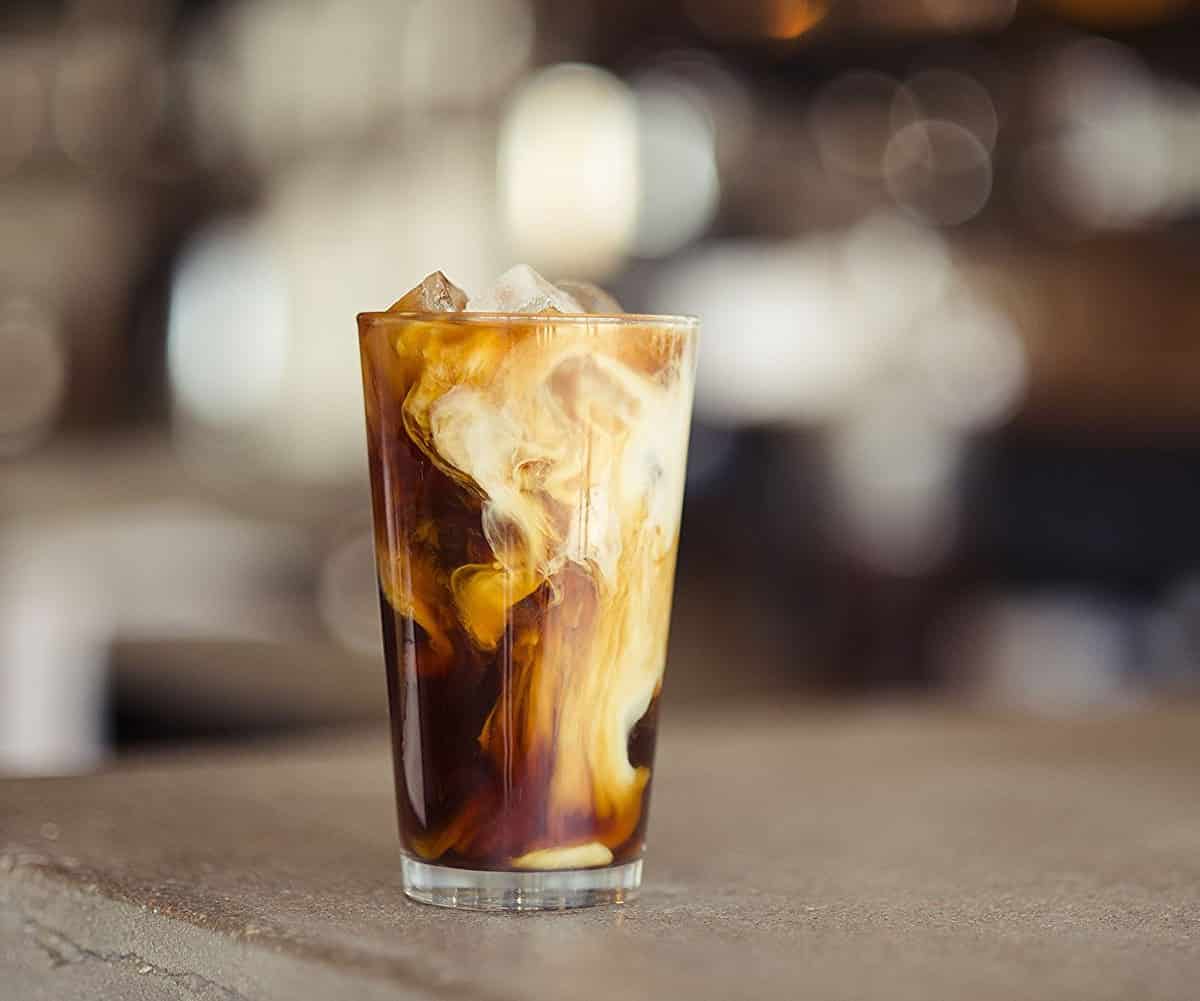 What impacts the higher caffeine content in the cold brew is brewing. The brewing says it all.

Iced coffee is brewed like your usual regular coffee, and then after the brewing, it is served over ice once cooled.

This brew has a different methodology.

It is made at a room temperature in 12-24 hours by steeping the ground coffee before filtering out the grounds. And in case you’re wondering how long does a cold brew coffee last, here’s our thought.

At this point, you will also notice that in a cold brew, you are using a concentrated coffee. Once the coffee grounds are filtered, this concentrate is mixed with water.

It ideally follows a balanced and equal ratio of 50% coffee concentrate and 50% water.

This makes a cold brew, and this process produces more caffeine, but it also gives off bolder flavors.

Overall, cold brew would have more caffeine content because iced coffee gets diluted faster than cold brew due to its concentrated coffee content.

Amount of Caffeine in Other Coffee Variants

It’s clear that the cold brew is declared as the caffeine booster winner between a cold coffee brew and an iced coffee, but it doesn’t mean that it has the most caffeine content among all coffee variants.

Caffeine on its own is a wildcard. The content listed in labels are simply approximations but can still give you a good notion of how much caffeine you are ingesting in your every cup. Factors like the roast, coffee variety, and brewing method play a role in how much caffeine you can get.

Also Read: How Much Caffeine is in a Cup of Coffee?

Why does cold brew make you more nervous compared to a hot brew?

Cold-brew is consumed faster than hot ones because it is, after all, a drink intended to cool you off. The jumpiness may be caused by the faster rate of caffeine consumption and not the amount of caffeine on a cold brew.

Why is cold brew more expensive than other coffee variants?

Contrary to hot coffee, where you can already serve a cup in a matter of minutes, cold brew needs advanced planning – which makes it more expensive.

Coffee businesses need to start the steeping process almost a single day ahead before it can be prepared and served.

In business, the time investment is expensive, and once their steeped coffee is consumed, they’re done for that day unless you’re willing to wait a minimum of half a day just for a cup.

What is the shelf life of homemade cold brew concentrate?

Your cold brew will remain fresh for 1-2 days only, so it is highly recommended that you have the correct proportions to avoid wasting a potentially good cup of cold brew.